Last Friday while I was trying to go to Rabat from Sale El Jedida (Morocco) with what is called a big taxi, I suddenly realized how much the booking system looks like the one used with old caravans crossing desert from Asia to Africa.

I remembered when I was reading Amin Maalouf books describing how this antic caravans were formed and how travellers were allocated between the caravans by the traders inside caravanserails.

The principle is based on a square where are gathered both caravans and travellers and called caravanserail. In the middle you have the intermediary called the trader. When a new traveller arrives, he meets the trader to tell him where he intends to go. The trader know where every caravan goes and allocate travellers to a caravan that isn’t full. 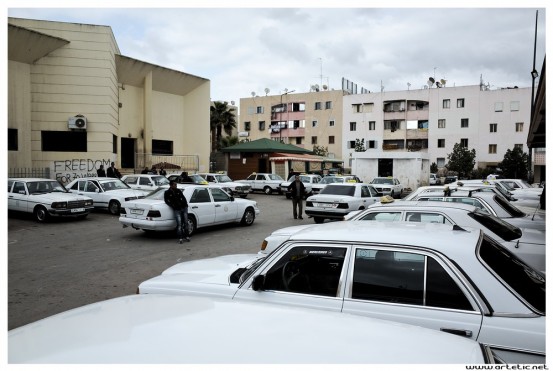 Once it is, the caravan can start to go to its destination. The travellers pay a fixed price before the start and the chief of the caravan is the master after God.

It’s still exactly the same way with the taxi now and I guess that Moroccan people are still using the same methods and organization.

When I realized that it was as I was 1 millennium ago in the middle of this caravanserail waiting for my taxi is full before leaving!

If you go in Morocco, try to travel with big taxis! Once you understand how it works I bet you’ll use them everytime!

2 Comments on Back to desert caravan time!