I like how graffiti can be full of imagination! People who draw them are, in my mind, the true contemporary artists. They don’t spend hours to think about their next artwork and they don’t talk hours to try to explain their performance.

For me, most of the “contemporary” artworks I see just seem mindless and if the artist don’t tell what he tried to do, it’s just incomprehensible. And when you need to explain what you did, it’s not art anymore to me. 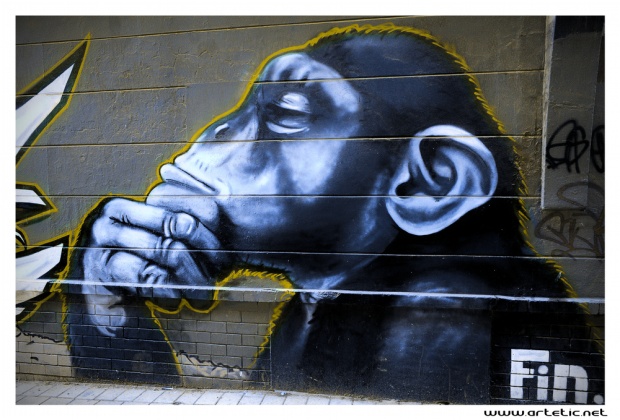 A graffiti full of meaning in the streets of Johannesburg

If yes, it means he has a conscious and an intelligence of his own existence and that he should be considered as a human being and treated as such.

I would probably never know what message the artist wants to pass with this artwork. And that’s what I like because we can all imagine a lot of different interpretations, all of them probably true! Just because it’s just an artwork with its own message and meaning!

3 Comments on I think therefore I am…